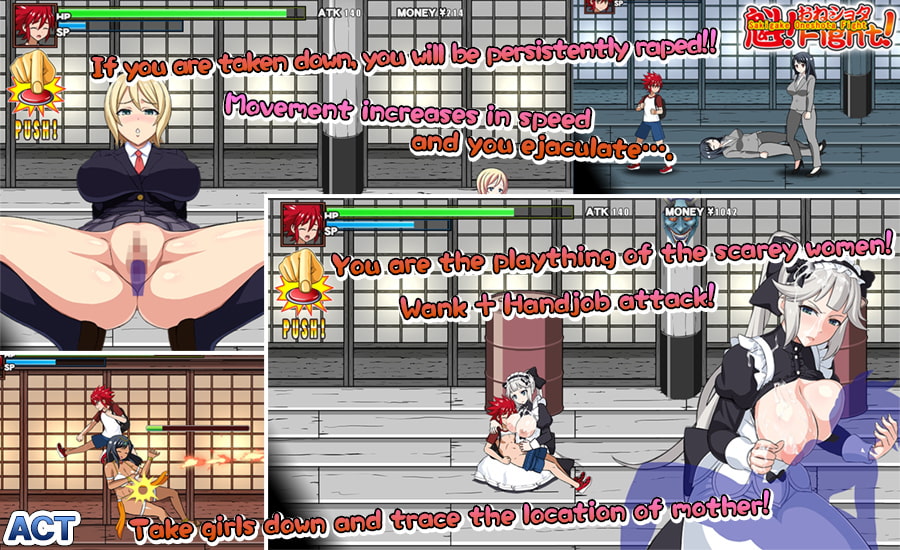 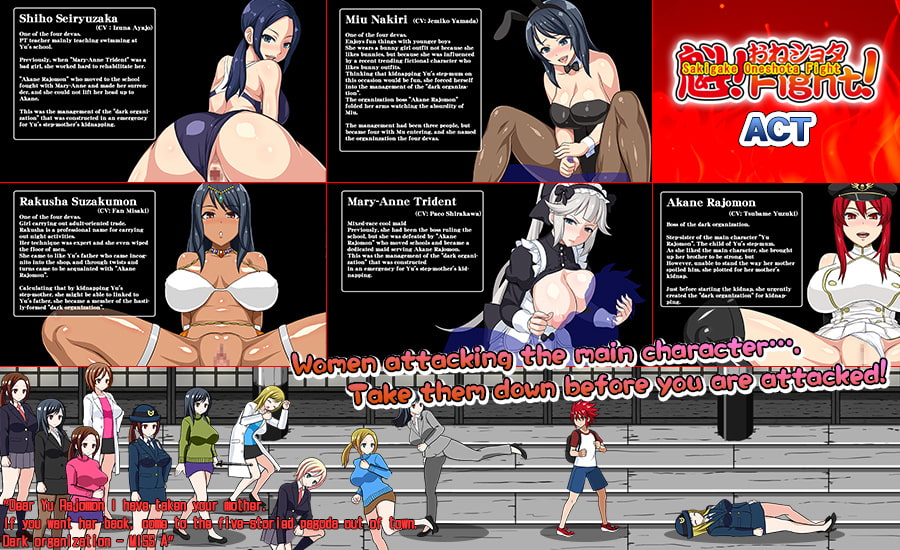 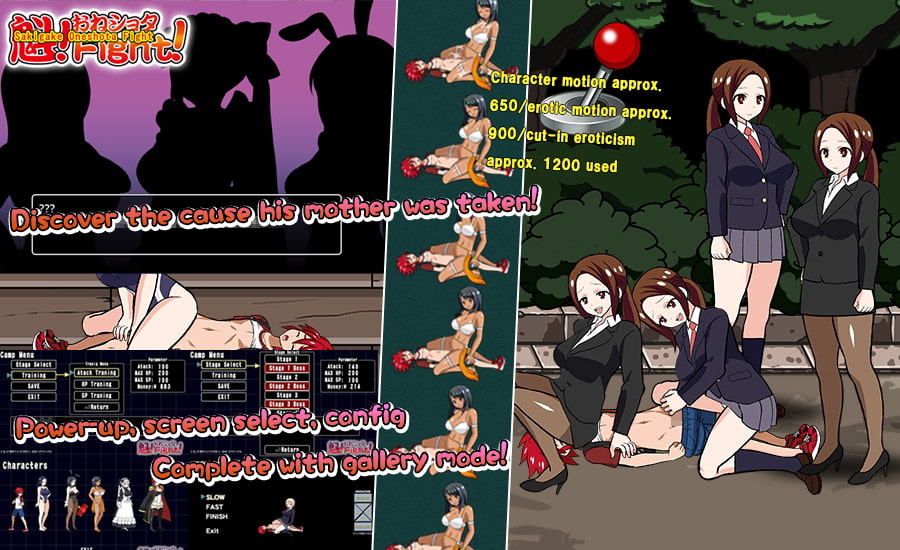 Yu Rajomon was a genuine fighter raised by his fighter father.

His father’s wife on remarriage was kind to him,
but his step-sister “Akane Rajomon” raised him in a way
that he would become a strong man.
Yu was confused by this complex family dynamic, but spent enjoyable days at that time.

One day, when Yu came home,
he witnessed the fact that dinner had been left while it was being prepared.
His mother had simply vanished.
He found a note written in the kitchen.

“Dear Yu Rajomon
I have taken your mother.
If you want her back, come to the five-storied pagoda out of town.
Dark organization – MISS A”

Yu headed to the five-storied pagoda where the dark organization was waiting to rescue his kidnapped mother….

When he is attacked by the women, the scene becomes animation.
That state is enlarged in the edge of that screen.